So some people noticed that I'm down in San Diego now and assumed- because of that- that I had left Sony.

I have not left Sony...in fact, I am eating lunch while typing this from my shiny new office in the Sony San Diego offices.

But there have been a lot of changes going on in my life, that is for sure.

But they've all been good.

The main one being the move.

I will always love LA, always be drawn towards its unique energy, its obsession with media, its tendency to be at the center of all kinds of horrific news stories (shootouts, floods, riots, earthquakes,etc.).But it was time to go. I and the wife could no longer see raising our kids in Los Angeles. We both wanted a more 'normal' life for our children, and Sony was nice enough to set me up down here, in sunny SD.

I am still creative director but now deal with the folks in Santa Monica, Utah, and various other places over iChat. It is quite an amazing process that I love and am very grateful it exists. I talk to people in Santa Monica more NOW that I am down here than I ever did when I was up in LA!

And meanwhile, I get the benefit of raising my kids in a more family friendly place. For example, the public schools down here can afford the luxuries of education like PAPER! And taking the family to the movies is just a 'no big deal trip down to the mall' versus a big event where you have to go online and buy tickets 3 days before the opening, pay 20 bucks to park, and run the risk of bumping into the leading man of the film you just happen to be making fun of as he sits in the same theater! Heck, I can even watch fireworks from my backyard on the 4th of July vs. having to brave the crazy traffic and nut jobs on the Santa Monica Pier.

So yeah, it's good stuff.

And so yeah, I'm back blogging.

It feels...rusty....odd. Like I'm not 100% sure I should be back, but I feel drawn to the keyboard like I am ready to be back. And I've already seen some online controversy over my first return post (about Saturn) cause people are like: who the hell does Jaffe think he is?!? That's not GAME NEWS!!!! Man, you'd think I charged people to view this site.

But so if the posts kind of ramble for the next week or so- more so than usual- you now know why. I'm just trying to get my wings again.

I will be surprised if the blog retains the ranting nature it used to have. I will always have an opinion, of that you can be sure. And I will still be happy to share, as well. But I'm just tired of being 'that guy.' I'm 35 years old now, you know? It just seems...odd to be so 'in your face' at that age. In many ways, it seems too old to be blogging in general....but not as odd as those over-23 folks who have MYSPACE pages....that to me is even stranger. Blogging- for some reason- I can see myself doing as I get older and being able to keep my head held high.

Oh, and heads up: I may even post less game stuff and more LIFE stuff...I am sure my readership will drop 95% when this happens, but hey, so it goes. It's the stuff, more and more, and I am interested in writing and reading about. But we will see. I'll still do my best to pull back the curtain and show you guys as much behind the scenes stuff as I can.

And I do have updates, and I do have news. But I am not able to share right now. I need to see how things shake out over the next few weeks and then I can give you a more proper update on some of the projects.

God of War Games for PS4 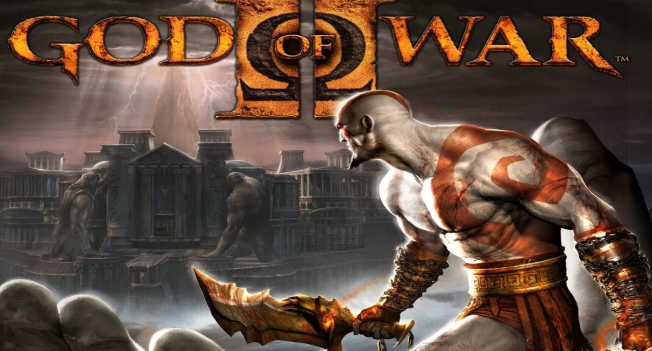 I CAN reveal to you that God of War 2 is taking care of business, pleasantly. I played a cluster of levels a week ago, and it's outrageously fun. The craftsmanship and music are vastly improved than the chief amusement, and there is some damn fine level outline going ahead in the new diversion. As Cory and I have said to the press, this is the second demonstration of a more significant story. What's more, when you are making a diversion, you never honestly know whether the amusement will turn out sufficient to justify another in the arrangement. Be that as it may, after a week ago, I can state I am extremely certain of our odds to have the capacity to finish the GOD OF WAR set of three. You never know. However, that is me merely putting it out there.

As for HL, yes there is an update there too...but I can't say anything right now. I will soon.

Ok, I have to get back to work. Careful to be talking with you guys again.